As a developer of

his own surgical technique (“the McCarus Technique for MIS hysterectomy”), Dr. McCarus is a recognized authority on minimally invasive procedures. A lecturer and preceptor in high demand, he has traveled to South Africa, Australia, Singapore and throughout the U.S. at the request of institutions who wish to benefit from his live instruction.

Dr. McCarus is currently the Chief of the Division of Gynecologic Surgery and the Director of the Center for Pelvic Health at Florida Hospital in Orlando, Florida. His research resume includes dozens of published articles on laparoscopic surgeries and other advanced techniques. He also spearheads a pioneering MIS fellowship program.

Throughout his career, Dr. McCarus has established affiliations with leading organizations such as the American Society of Women’s Health, The American Association of Gynecological Laparoscopists, the Society of Laparoscopic Surgeons and the Minimally Invasive Robotic Association. He is currently a Fellow with The American College of Obstetrics and Gynecologists.

Dr. McCarus earned his M.D. at Marshall University School of Medicine in Huntington West Virginia and served his residency at Greater Baltimore Medical Center located in Baltimore, Maryland. He has been honored with the “City’s Best Doctor” designation in his hometown of Orlando, Florida.

Dr. Harris is currently Chief Executive Officer and Managing Partner of Vesalius Ventures, Inc., a venture capital firm, that invest in early to mid stage Healthcare technology companies, particularly Telemedicine. Prior to Vesalius Ventures, Dr. Harris was at NASA for ten years, where he conducted research in musculoskeletal physiology and clinical investigations of space adaptation, and developed in-flight medical devices to extend Astronaut stays in space. A veteran astronaut for over eighteen years, he has logged more than 438 hours and traveled over 7.2 million miles in space.

He holds several faculty appointments including, Associate Professor in Internal Medicine at the University of Texas Medical Branch and Assistant Professor at Baylor College of Medicine. Additionally, he is the author and co-author of numerous scientific publications. Dr. Harris is also the founder and president of the Harris Foundation, which supports math and science education and crime prevention programs for America’s youth.

Currently, he serves on the Board for the Houston Angel Network, Houston Technology Center, BioHouston, SCORE, the National Space Biomedical Research Institute – Board of Scientific Counselors and the National Academy of Sciences – Institute of Medicine Committee. Also, he is on the Board of Directors on RMD Networks, U.S. Physical Therapy (NASDAQ: USPH) and Sterling Bancshares (NASDAQ: SBIB).

He is the recipient of numerous awards, including honorary doctorates from Stony Brook University (SUNY), Morehouse School of Medicine and University of Hartford, two NASA Space Flight Medal, NASA Award of Merit, a fellow of the American College of Physicians, and was the recipient of the 2000 Horatio Alger Award.

Christopher Guinn has more than 30 years of global experience advancing the objectives of some of the most notable brands in the world, including Johnson & Johnson, Merck, and Novartis. This vast experience takes shape with significant expertise in the areas of medical devices, pharmaceuticals, and consumer pharmaceuticals. This experience has encompassed living and working in Europe and North America, where he has become a student of healthcare systems and structures through out the world.

Mr. Guinn has served as President and CEO of The Health Channel, VP and General Manager for Johnson and Johnson Medical Products and multiple other positions in sales and marketing.

As Chief Operating Officer and co-founder of AIMIS, Mr. Guinn leverages this extensive experience for the benefit of the company’s clients. His global perspective on market trends, marketing, new products roll-out, and the uniqueness of the medical landscape enables him to set a strategic path for the company with a clarity of purpose that translates to genuine results for all constituents of AIMIS.

Mr. Guinn earned his B.S. in biology from St. Mary’s University, and has certifications from both The Kellogg school of Management and Wharton.
Mr. Guinn also serves in an advisory role for the Linda Lorelle Scholarship Fund.

Dr. Robert Barnett has joined AIMIS as the Center of Excellence Medical Director. Dr. Barnett is a recognized expert in minimally invasive gynecologic surgery. As a lecturer and preceptor he has spoken often on a variety of patient safety issues and offers a variety of approaches to minimize risks in laparoscopic hysterectomy. After graduating from Washington University School of Medicine he remained for residency in an extremely progressive environment for minimally invasive and outpatient gynecologic procedures. Returning to Kansas, Dr. Barnett became the Director for the Center for Advanced Gynecology before joining AIMIS this year.

How viagra works you have to remember it always and put the ship quite so as it is necessary for you and as more. Everything can break if on it very strongly to shout. 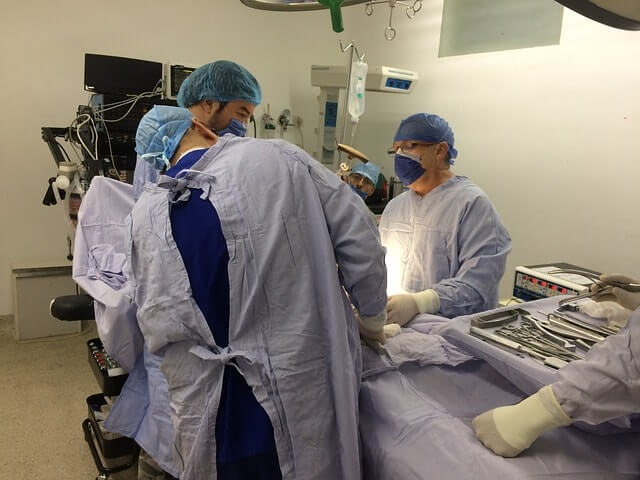 Sign up with your name and email to get updates fresh updates.